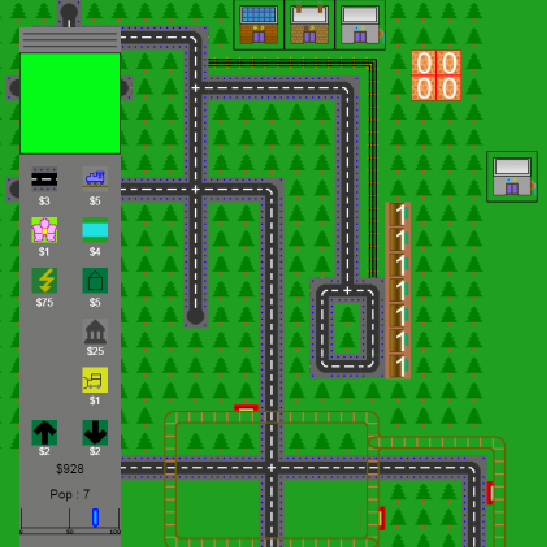 Having grown up on sim games as a kid, I thought that building one would be just as fun, and it turns out that it was.

I started this game as a test for tile mapping, and eventually ended up making a Sim City style game.

While this game never got more than half way built, the mechanics that it had in it were fun to program. Everything from the menu system, to the financing of the city to the way the water and power ensured that the buildings would become more than just vacant blocks of land.

The one thing that I regret not finishing on this is the traffic and power systems. The plan was to have little cars moving and causing issues for the player, if the area became too densely populated. As for the power, it ended up that the way I was calculating power for each grid  caused too many secondary issues, so I ended up just making it work in a round about way, and moving on.

Perhaps at some point, I’ll go back and actually finish this game, but I just need to find the time to do so first.