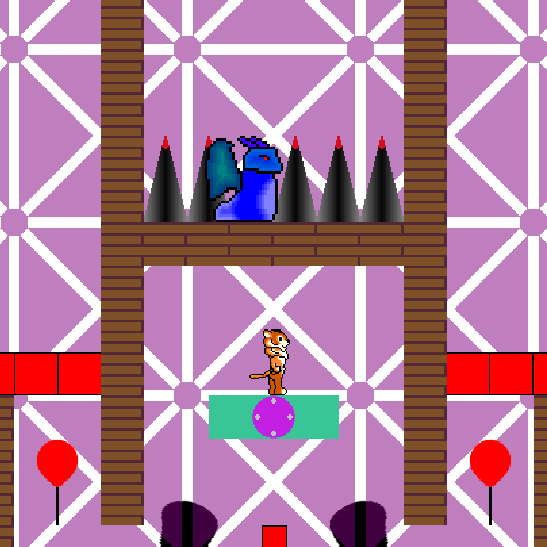 This game is probably one that I have invested the most amount of time into, and is the closest to being actually released as a playable game.

Early on, I was looking for a new style of game to make, and was using a random idea generator that came up with the idea of parallel worlds; and so I ran with it. This game is the end result.

It has multiple mechanics from simply changing worlds to anti-gravity to telepoters. While each one is interesting on their own, when combined, they make up 32 levels worth of game, and some levels even contain small Easter Eggs.

All the assets in the game are hand drawn (except for the player and the green enemy), which was fun, as I hadn’t done so much artwork for a game before.

The hardest part, at times, was testing each level to make sure they all worked, and that people who hadn’t played them as many times as I, could still finish them.

There were plans to add a speed run mechanic to the game, but in the end I settled for a collectables award system instead.