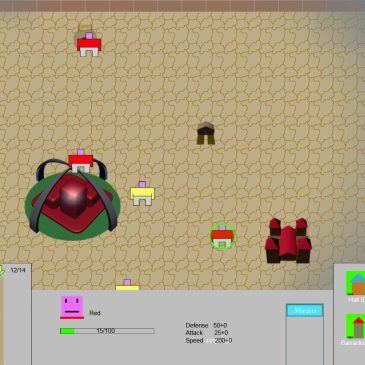 This weeks main changes have been in code optimisation and beautification of the menu system.

The optimisation is through working on a section of the code that would drop the frame rate to around 7 frames per second, that number is now back around 40. The only trade off is that the minimap show everything on the map before it has been discovered, so that will be the next fix.

The menu system used to have horrible coder art buttons, which have had a slight update to something not as visually offensive. The next part to work on will be the audio controls.

Ideally before the end of the year the units and buildings will have a consistent design and hopefully they will function nicely, hopefully.