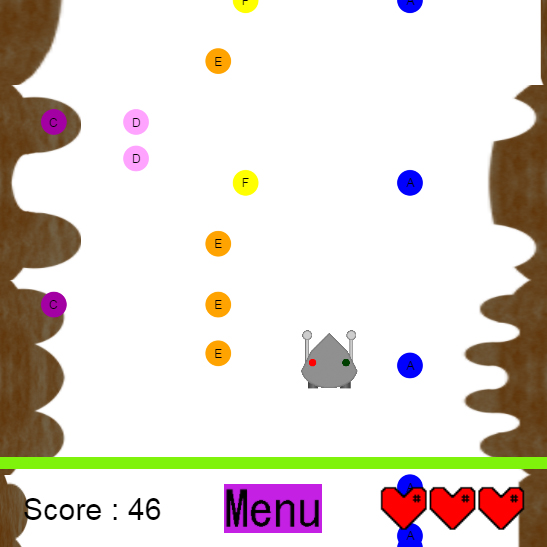 Having not made a musical game before, I thought I would try my hand at one.

The hardest part was deciding what sort of music game to make. Initially it started out as a simple game where you would side scroller, that would play different notes as you passed through the environment. I shelfed that idea early on, as it would take a fair few assets, and I wanted to focus more on the mechanics of the game.

So I ended up converting the game into a Guitar Hero/Tap Tap Revolution style game, but instead of hitting the notes, you need to avoid them, else the song wouldn’t sound the way it should when passing through the green line.

I eventually added other elements such as high scores, mobile controls, (and with some limited success) the ability to import your own MIDI files into the game.